Asian equities were mixed overnight as India underperformed the region.

Light on news overnight as Hong Kong stocks took a breather after their strong rally which is a good thing. Auto and Electric Vehicles (EVs) had a strong night in both Hong Kong and China as supportive policies were announced lifting BYD HK +2.88%, Geely Auto +6%, Li Auto HK +6.75%, XPeng HK +4.36%, and Nio HK +6.17%. According to the WSJ and CnEVPost, the China Passenger Car Association released December and 2022 sales data showing that 4 million EVs were sold in 2022, 5X more than in the US, plus another 1.5 million plug in hybrids as total passenger car retail sales climbed +1.95% to 20.5 million. 27.6% of all passenger vehicle sales were new energy (EV and plug in). Tesla delivered 439,000 EVs in China which is +37% from 2021, though December sales fell -33% month to month from 62,000 to 41,000 as their market share dropped from 10.45% in November to 6.55% in December. Tesla’s recent China price cuts are rumored to be having a strong effect for January sales.

Hong Kong’s most heavily traded were Alibaba HK -0.82% though post close news about Hangzhou working with the company is lifting the stock pre-US market, Tencent +0.11%, and Meituan -1.16%. Baidu HK was off -0.61% despite kicking off their 2022 Baidu Create event with a speech from CEO and founder Robin Li with an emphasis on the company’s EV and AI efforts. Bilibili HK was off -4.29% after issuing stock to retire convertible debt though it appears to be a savvy long term move on their part. The Hang Seng was off but closed above 21k as we continue to see analyst upgrades and equity strategists recommend China. Macao casino stocks rallied on reopening. Hong Kong shorts remain fairly quiet in another indication the trajectory appears up.

Bloomberg News had an interesting article yesterday titled “Higher Stocks Are Pain Trade with Funds Underweight” that included the work of a Wall Street firm’s Asia quant analyst. Two key takeaways: Actively managed global and Emerging Market (EM) funds are underweight China, US global and EM mutual funds were significantly more underweight China than mutual funds managed outside of the US. A lot to think about on both! Despite the rally, there is significant skepticism which is why I believe the pain trade is higher.

The Hang Seng and Hang Seng Tech Index declined -0.27% and -0.27% on volume -16.03% from yesterday which is 104% of the 1-year average. 187 stocks advanced while 291 declined. Main Board short turnover declined -15.82% from yesterday which is 88% of the 1-year average as 15% of turnover was short turnover. Value and growth factors were mixed as large caps “outperformed” small caps. Energy and discretionary were the only positive sectors gaining +0.16% and +0.02% while real estate fell -1.12%, healthcare -0.89%, and financials -0.84%. Top sub-sectors were autos, consumer services, and semis, while media, pharma, and insurance were bottom performers. Southbound Stock Connect volumes were light as Mainland investors sold $734 million of Hong Kong stocks with Xpeng a small net buy, while Li Auto, Tencent, and Meituan were moderate sells.

Shanghai, Shenzhen, and STAR Board were mixed -0.21%, +0.29%, and +0.17% respectively on volume -7.37% from yesterday which is 82% of the 1-year average. 1,677 stocks advanced while 2,963 stocks declined. Growth factors outperformed value factors as small caps outpaced large caps. Top sectors were discretionary closing higher +1.66%, healthcare up +1.36%, and tech +0.4% while financials fell -1.19%, energy closed lower -0.89%, and utilities -0.77%.  Top sub-sectors were auto, motorcycle, and forest industry while insurance, petrochemical, and chemical fiber were among the worst. Northbound Stock Connect volumes were moderate/light as foreign investors bought $855 million of Mainland stocks. CNY was off a touch versus the US dollar -0.13% closing at 6.78, Treasury bonds sold off, and copper gained +1.37%.

Trajectory is intact though COVID's spread is geographically dispersed. 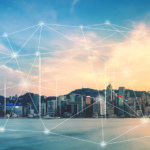